Density - what it is and how it works

The Density slider in our configurator can sometimes be a little bit confusing. If you feel confused too, please read this article!

Written by Team Tylko
Updated over a week ago

The first thing you need to know is that the Density slider works differently for different shelf designs.

For Slant and Grid the Density changes a number of the vertical elements (and with that - the width of the compartments in the shelf). With 0% density, you have a shelf with wide compartments and few verticals, with 100% - with narrow compartments and a lot of verticals.
We suggest choosing a design with more Denisty for the shelves, that are supposed to endure more (being home for a lot of books, doubling as a sitting bench etc.). 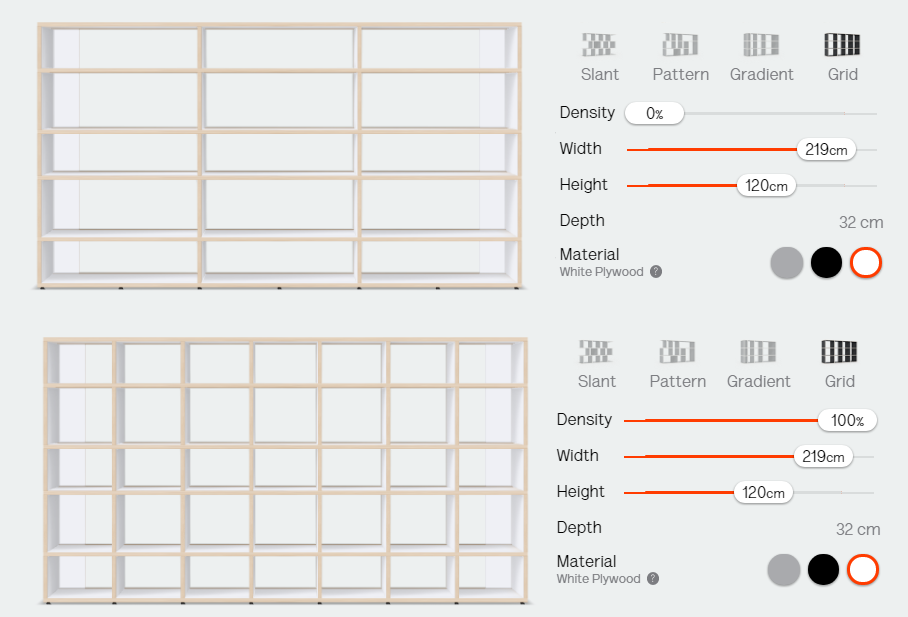 For Gradient the number of verticals is always the same and the Density changes the position of them - they move from left to right. With 0% the compartments on the left are much narrower, than on the right, with 100% it is the opposite way. 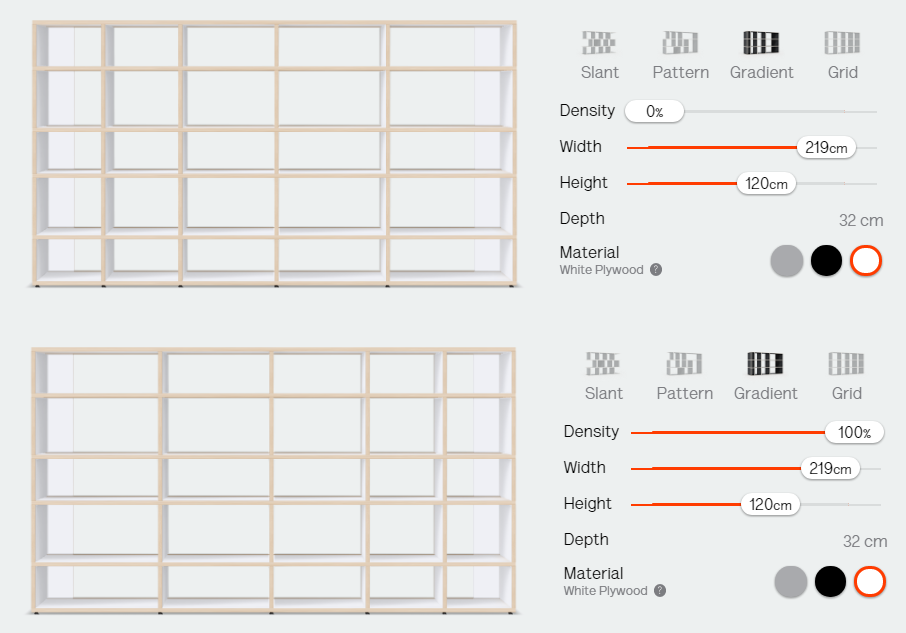 The Pattern is the most random of all of them and the Density changes the overall look of the shelf - the position of the vertical elements, sometimes the number of them, there are also some compartments that have the height of two rows and they can also appear and disappear with the change of Density. 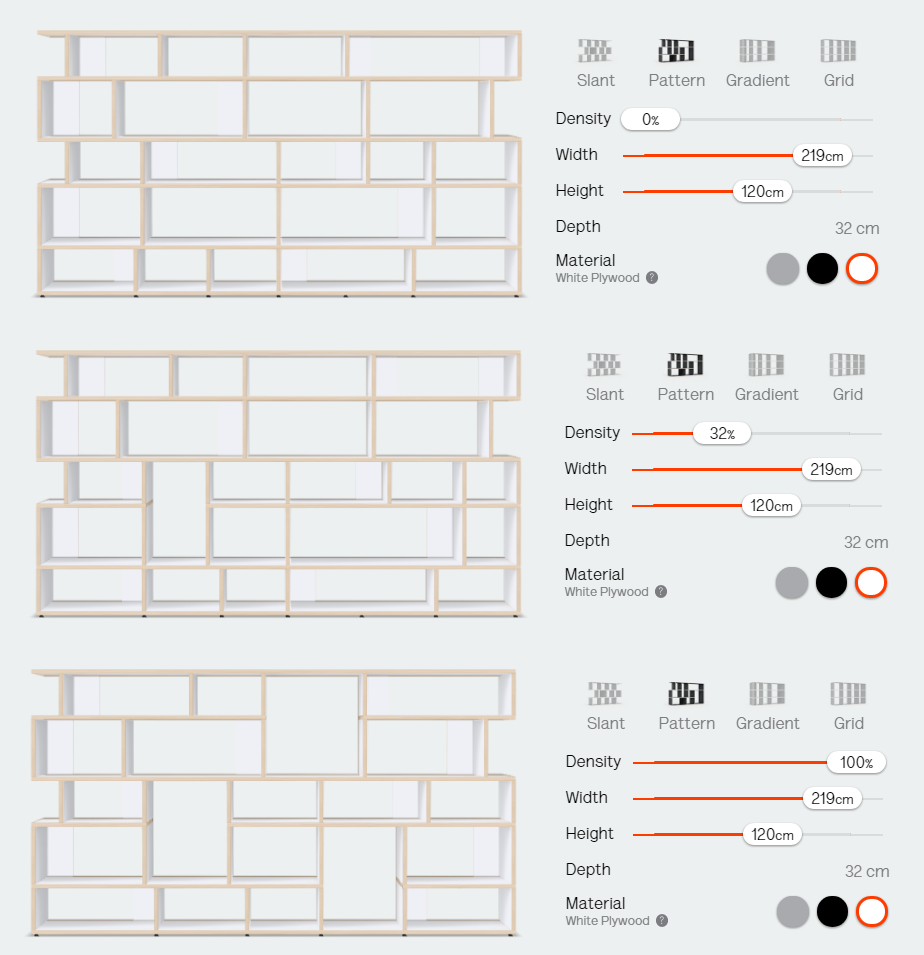 This one is really hard to explain, so I suggest that you just try and play a bit with our configurator to just see it yourself!

Did this answer your question?